"Meaning Making during a Pandemic" - an Online Course Programme

Much of the conception and planning for this programme happened (and still happens) virtually. It was the start of a fantastic collaboration between us - Abhay Adhikari and Andrea Geipel, considering we’d met in person just once, in January of this year. We were both suffering from Zoom fatigue as early as April when we started planning for Season 1 of Meaning Making. The purpose of the Programme was to educate and inform, but also to entertain our participants. That’s why we refer to each session as an episode, not a masterclass nor a webinar.

The programme is structured as a narrative with a clear throughline - as cultural and media professionals, how do we use storytelling to clarify our relevance to our community. And each episode has a well-defined story arc (the theme), which contributes to the overall narrative. There are some structural elements common to all episodes, but these elements give equal emphasis to information (short talks, provocations) and participation (live polls and group discussions). And there are moments of unexpectedness, like when we started the episode on engagement with a murder mystery. Or when we included an eight-minute mindfulness meditation as part of the well-being episode.

Another important point for us was how to create a familiar atmosphere during the episodes on the one hand, and how to document our discussions and make them available for others to re-use on the other. So instead of recording the episodes, we worked with the wonderful Azam Masoumzadeh to create a comic following each episode. In addition, we continued the discussion started in the episodes with the guest speakers in podcast episodes created together with Ralph Würschinger. Comics and podcasts are still available via the blog posts for seasons 1 and 2. Together with Jenni Müller, who took over the sundry communication with our participants, and in the process created new digital assets such as a rather fun comic on how to use Zoom and our evaluation guru - Natalie Nelissen we had a fantastic production team - to be able to prepare each episode optimally, incorporate feedback from the participants and pass on what we have learned.

Meaning Making was designed to support our participants to reflect on their practice from different perspectives. Less theory and more lived experience. A lot of these steps were taken instinctively by us. And in the third season we are still following this principle, adapting step by step, episode by episode to the needs of the participants and engaging in experiments. 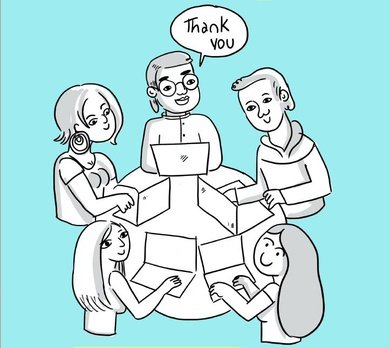 
When we launched season 1 in May of 2020, we didn’t anticipate that Meaning Making would become an international project covering a wide range of subjects - from digital storytelling to co-production of online museums. Below you will find the resources we’ve developed across the three seasons. Please check the site regularly as we’ll continue to publish links to podcasts, comics, toolkits as and when they are developed.

We launched the first season of Meaning Making in 2020 at the height of the lockdowns across the world. This programme was developed in response to our colleagues in the cultural sector wondering how they can help their local communities to make sense of what was happening. The topics of the five episodes were Reframing, Well-being, Accessibility, Engagement and Success. Season 1 also gave us an opportunity to break the rules of zoom meetings (which were still a novelty back then). As a result, we ended up doing things like playing a murder mystery and running a mindfulness session. This season created a blueprint for Meaning Making - international, multidisciplinary,  accessible and playful. 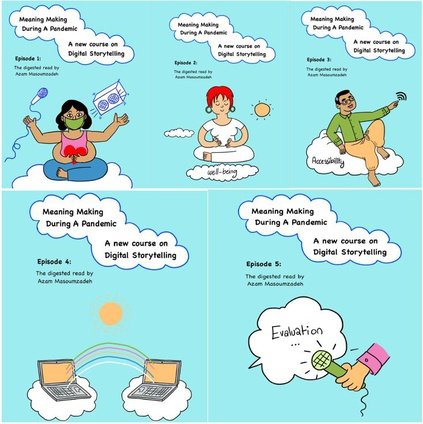 We were surprised and humbled by the response to Season 1. The course was fully booked in eight hours with participants from Europe, Asia and the US. During the episodes and through the evaluation, we noticed that most of our participants (80%) were eager to run experiments to practise the new skills and insights. With this in mind we launched season 2, which included mentoring. We doubled the number of international experts and increased the number of episodes to six: Reframing, Well-being, Sustainability, Inclusion, Engagement and Success. The mentoring led to some remarkable experiments in Italy, India and Germany. This meant we had case studies and use cases based on the ideas and methodologies presented in the programme! We also started to build great networks and friendships across the world. There have already been a couple of interesting collaborations between Meaning Making alumni. 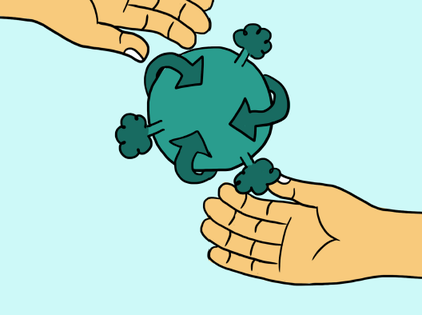 The previous season showed us just what is possible if we create time  to think, reflect and then take small practical steps. With this in mind, we launched season 3. Our most ambitious season yet. Our goal is to demystify the theory and practice of co-production. We’ve invited contributions from the fashion industry, marine conservationists  as well as a musician, poet and visual artist to co-produce an exhibition concept with our participants. The goal is to explore how online exhibitions can raise consciousness and encourage positive behaviour change. How do we shift the focus from engagement to active participation? You can read more about the programme here. 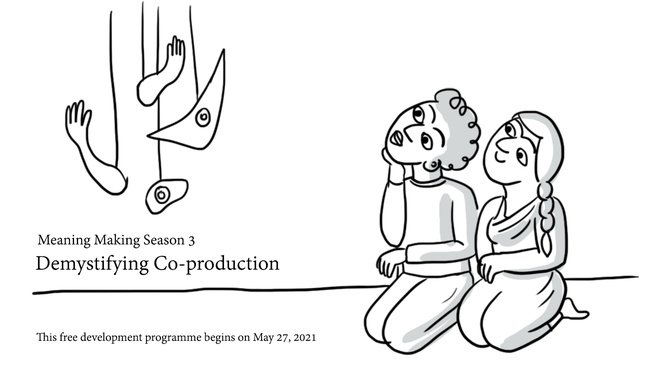 We hope the resources shared on this site will help you reflect on your practice, explore new perspectives and develop ideas for experiments you can run by yourself or with your colleagues at your institution.